All The Apple, HTC And Samsung Smartphone News

On September 9, 2014 Apple released its new brand of iPhones; the iPhone 6 and the larger ‘phablet’ style iPhone 6 Plus to expectedly high demand. Due to this, Apple was happily surprised about the interest, and admitted that the demand outpaced Apple’s own projections and capability to supply their line in time. This created a back-order of demand over a month-long. 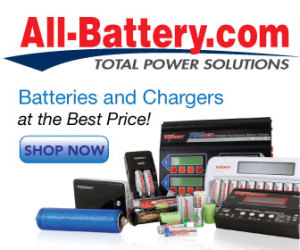 As reported, the previous launch about the iPhone brand was a record 2 million units in 2013 for the iPhone 5s and 5c. At the time of publication, the iPhone 6 and 6 Plus managed to have a preorder of over 4 million with interest showing indications of not slowing anytime soon.

Business Insider has reported that the supplier for your iPhone had over 200,000 people working on the new phones and still could not keep pace. That means that the demand is amazingly more than Apple anticipated and if it continues, could make create further problems down the road.

In other smartphone news, Samsung announced the launch of its brand new smartphone the Galaxy Note 4.

Not to be out-shined by their competition, the new smartphone released by Samsung guarantees the highest-resolution available. Featuring a 5.7″ screen and 16-megapixel (551ppi) camera this happens to be one powerful camera, many times more powerful than the others. And with a resolution of 2560×1440, the Note 4 is flawless with its video playback appeal, and the new Note 4 ought to be the video watcher’s dream.

However, as great as the video resolution of the Samsung Galaxy Note 4 is, there is one problem that could possibly derail it’s potential.

The wager that Samsung is making is that folks want a stylus pen with their amazing video resolution. Is it antiquated?

We shall see. In the long run, will Samsung’s decision pay-off?

Is the stylus something that the public want or is it pretty much a trinket they’ll ignore?

The Samsung Note 4 release date is October 17, 2014 and we’ll reveal many of its secrets and key components shortly.

Not to be buried beneath all the other smartphone news, flying under the detection of the radar is the HTC One M8 phone. HTC has pushed the sleek HTC One it created and made it even better.

With a thin aluminum shell and 5.0″ display, the HTC One M8 smartphone fits perfectly in the palm, making it supremely easy to use and access all its APP’s. Some of the upgraded features include quad-core processor that runs the KitKat Android OS, along with dual speakers that provides outstanding sound. It’s judged as one of the best new smartphones on the market, even though it’s not getting much attention at this time.

One flaw that the HTC One M8 has however, is the battery life isn’t as good as it should be and not nearly as great as the majority of any given other new smartphones out there nowadays. But if you can ignore that fact and you simply want an unbelievable easy and fast to use smartphone, the HTC One M8 is a superb deal.

Amazing Health benefits of sweetcorn: You should add it to Your diet

UpDesk Coupon Codes 15% Off on Your Order

Up and Away Adventures Coupon Code & Promo Code